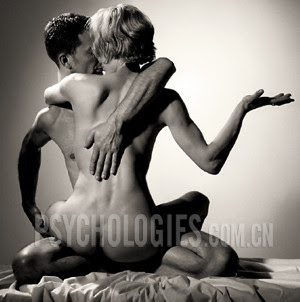 (By Lin Yuyue of the True Heart News Interviewing team in Taipei) Tibetan Buddhism strongly argues that the “Couple-Practice Tantra” conforms with the Buddha’s teaching; however, the general public does not agree with this idea. Furthermore, as points out by Xiong Jun, Executive Secretary of the True Enlightenment Education Foundation, the Buddha had already provided an explicit reply over the monastic discipline as early as two thousand five hundred years ago. The Buddha was asked once, “Can temples be allowed to have drawings as adornments to enhance their magnificence?” The Buddha replied: “Apart from portraits of the copulation of a couple, all others are allowed.” This particular incident was recorded in “Ten Recitations Vinaya.”

Xiong Jun further indicates that the Buddha even specified to donate the drawing of the copulation of a couple would definitely not accumulate any merits and virtues. In another Sutra of monastic discipline, it also recorded that the Buddha had strictly forbidden the making of any sculptures or drawings of copulation of couple-practice. On the other hand, as we can see in the temples of Tibetan Buddhism today, the sculptures of copulation of couple-practice are not only expressly displayed in the halls of the temples, but they are also made into thangkas demonstrated in all the temples everywhere for people to worship. What is worse, these copulation sculptures were shipped to Taiwan for exhibition tour in the name of “Art of Tibetan Buddhism.” This would mislead our children and deceive their innocent mind! As such, Tibetan Tantric Buddhism has flagrantly violated the Buddha’s monastic rules. How can such behaviors be considered the right conduct of a practitioner of orthodox Buddhism?

With regard to the preaching of Couple-Practice Tantra of Tibetan Buddhism which is inherited by the Dalai Lama, head of the Gelug Sect, and Kalu Rinpoche, head of the Kagyu sect; Xiong Jun, Executive Secretary of the True Enlightenment Education Foundation, points out that if the public allows the promotion and circulation of books filled with such adulterous doctrines in our society, the consequence will not only affect the Taiwanese people to abandon their traditional good and honest religious beliefs, but it will also bring great instability to the society, to the extent that it might shake the entire moral basis of ethics on which our traditional values depend upon. Sociologists are deeply worried over the current situation.

The number of sexual offences has increased in the society; Xiong Jun indicates that apart from the prevalence of pornography on the internet and media, Lotus-Born, the Guru of Nyingma Sec and Kalu Rinpoche, even advocated that one is allowed to kill a husband to take his wife in the name of practicing the Couple-Practice Tantra. This is totally outrageous in the civilized world of the twenty-first century. It will only create more negative impacts on our next generation.

Gurus of Tibetan Buddhism use various kinds of artifice such as “expedient, wisdom, compassion” to conceal the real facts behind the depiction of couple-practice of copulation of Tibetan thangkas. Xiong Jun, Executive Secretary of the Foundation, states that some lamas even argue, “Only those who looked at the sculptures with impure mind will see those sculptures as bawdy and filthy.” All of these arguments are simply excuses from immoral men of the mundane world. Orthodox Buddhism is about the realization of the eighth vijnana Tathagatagarbha, not about the lustful pleasure sensed by the body (the body-vijnana) or consciousness (the sixth vijnana). Why would true Buddhists need these types of copulation drawings and sculptures as interpretations? Only those abominable beings who abide by the adulterous doctrines can be so deluded about what is right and wrong.

Executive Secretary Xiong Jun quotes from the data on the internet that Scottish philosopher June Campbell having become a Buddhist in her native Scotland in the hippie Sixties, she travelled to India where she became a nun (bhiksuni). She spent 10 years in a Tibetan Lamaism monastery and penetrated more deeply than any other Westerner into the faith’s esoteric hierarchy. Eventually she became personal translator to the one of the most revered yogi-lamas in exile outside Tibet Kalu Rinpoche as, during the Seventies, he travelled through Europe and America.

Xiong Jun points out that it was after that, Campbell accounted in her own words, “Kalu Rinpoche requested that I become his sexual consort and take part in secret activities with him.” During that time, only one other person knew of the relationship - Kalu Rinpoche’s attendant, a second monk - with whom she took part in a polyandrous Tibetan style relationship (group-copulation of the Highest Yoga Tantra) as well. Campbell recollected: “It was some years before I realized that the extent to which I had been taken advantage of constituted a kind of abuse. The practice of Tantric sex is more ancient than Buddhism. The idea goes back to the ancient Hindus who believed that the retention of semen during intercourse increased sexual pleasure and made men live longer.”

Xiong Jun explains that, as a western female victim, Campbell’s words had proven that the Couple-Practice Tantra of “Tibetan Buddhism” actually derived from Brahman Tantrism, a primitive religion which existed in a time period earlier than the true Buddhism preached by Buddha Sakyamuni in India. This primitive religion focused on the practices of reproduction worship and semen retention.

Xiong Jun also points out that when enter its later period of what historians called “Tantric Buddhism”, Hindu Buddhism was permeated by the thought of Brahmanism Tantrism. The Monasteries and temples became eroticized. Then, there came the invasion of asceticism Islamic army. The Tantric monks started to compile the “Kalachakra Tantra” and finally led to the last battle of Shangri-La (Shambhala) to quell the rival's vain hope. Today, this battle has become a myth of Tibetan Buddhism. At that time, some Tantric monks chose to exile abroad and spread the Couple-Practice Tantra to areas like Tibet, Mongolia, Qinghai, and Yunnan. Nowadays the same situation happens, the exiled Tibetan lamas spread the Couple-Practice Tantra to the western nations and the sexual scandals of lamas have become common in Europe and America.

Executive Secretary Xiong Jun of the True Enlightenment Education Foundation concludes that with the Dalai Lama’s followers increasing and Tsongkhapa’s Great Exposition of Tantra continuing to fuel to the flames in Taiwan, we are worried that the native Taiwanese good cultural belief will be subdued to a catastrophe, just like the ecological disaster caused by breeding the non-indigenous Pomacea canaliculata (the channeled applesnail). If the public continues to be kept in the dark, or keeps supporting such doctrines of sexual love, the decent local culture of Taiwan will be destroyed and the day for Taiwan to become a colony of the Tibetan religion will just be around the corner. Therefore, the Foundation is duty-bound to publish a non-profit advertisement on four of the most prestigious national newspapers with a hope that we can preserve our clean peace of minds and spare our children from the contamination of such sexual love doctrines for generations to come. (Reported by Lin Yuyue) 20110609

Editor's Note: This article is an English version of the Chinese edition published on January 29, 2011.